Home » Things to see and do » Avignon and Provence

The summer theatre festival in July makes Avignon a magnet for anyone interested in contemporary creation. 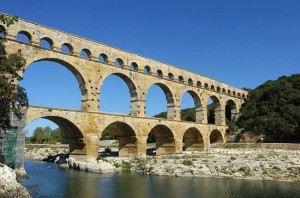 The Pont du Gard aqueduct, listed as a UNESCO World Heritage site, is  located in Remoulins not far from the hotel. The site has been beautifully redeveloped and now boasts a museum, exhibitions, films and a media centre guaranteeing an unforgettable visit. 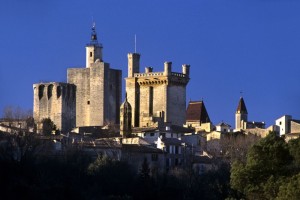 The Duke’s Castle, called the Duchy, is a potted history of France in terms of its architecture, a harmonious combination of Medieval, Renaissance and later influences.

The town is also the home of the Haribo Sweet Museum which offers a great visit for the whole family.

An important centre of Medieval Provence, the village of Les Baux is worth visiting for its chateau and its many narrow little streets intersected by quaint little squares. As you walk around the village, you will come across numerous artisans’ workshops and boutiques selling Provencal products. 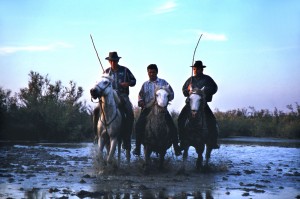 An area covering approximately 20,000 hectares, which includes the Camargue Nature Reserve and other adjacent protected areas. The delta, a natural and man-made creation of wetlands, marshes, meadows and heath land, is continually changing. Visit the town of Les Saintes-Maries-de-la-Mer to discover typical Camargue activities or relax on the fine sandy beach bordering the Mediterranean Sea. 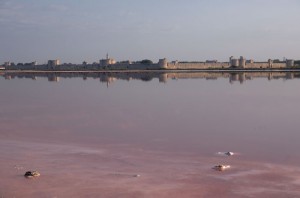 The origins of Aigues-Mortes date back to the earliest times. People fished, harvested salt and learned to live with the vagaries of the elements long before the grand designs of Saint Louis in the 13th century gave the town its glorious place in history. Wander along the ramparts of Aigues Mortes or visit the salt works set in a well-preserved natural environment.

The Antique Theatre in Orange is a gem of Roman architecture boasting the most extraordinary acoustics. It is still used today for live performances and concerts during the summer months.

The only Roman amphitheatres of which substantial ruins remain today, apart from Nîmes, are to be found in Pozzuoli, Rome (the Coliseum), Capua, Verona, Pula, Arles, Pompeii, El-Djem and Tarragona. The Nîmes Amphitheatre is generally considered to be most well-preserved. Other sites worth a visit: the Maison Carrée and the Tour Magne.

Gateway to the Camargue and not far from the Etang de Berre lagoon, Arles is today recognized as an important centre of art and history. In 1981, the ensemble composed of its Roman and Romanesque monuments was listed by UNESCO as a World Heritage site.

Classified as a Regional Nature Park, the Lubéron has successfully preserved its cultural heritage over the centuries. The villages of Fontaine de Vaucluse, Gordes and Bonnieux and the ochre quarries of Roussillon offer an extraordinary concentration of historical and natural riches in a small area.

The giant of Provence, noted for its great diversity of fauna and flora, dominates the Vaucluse département. Its slopes offer skiing in the winter and magnificent walks in the summer.

Vacqueyras, Beaumes de Venise, Chateauneuf-du-Pape, Côtes-du-Rhône, Côtes-du-Luberon, Côtes du Ventoux… a list proving that Provence is a land of very fine wines. Give your taste buds a treat in the vineyards, cellars and museums devoted to these wines, which rank among the greatest AOC-label wines in France.

Lavender is strongly associated with Provence. Rendezvous on the plateau of Sault to marvel at the extraordinary colour of the fields of lavender.